Aretha Franklin a soulful singer obviously inspired by her roots in gospel music became known as the Queen of Soul has transitioned from this life. Back in 1972, her father the late Rev. C.L. Franklin said, Aretha is just a stone cold singer.  He was completely correct!  The depth of Aretha’s voice was mesmerizing and captivating at the same time making her a global phenom.  There was not one genre of music Aretha Franklin could transform into a glorious melody capturing the attention of all audiences to admire.

Aretha Franklin used her voice to liberate people of color during the civil rights moment, to empower women with the simple world RESPECT and to preserve the traditional sound of the black church hymns of old. Aretha was brilliant! With over 5 decades in the business of entertainment there is no doubt her legacy and her voice will forever live on in the earth. 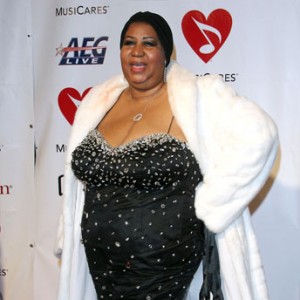 Written By
Sammi Haynes
More from Sammi Haynes
Given the present climate in America, it is exciting to discover a...
Read More