Tonight opens one of the major Red Carpets for the awards seasons Los Angeles, California for the 70th Annual Primetime Emmy Awards at the Microsoft Theater. Kudos, to the hosts Michael Che and Colin Jost creating a segment to recognize some black actors from past hit shows in presenting to them the Emmy Reparation Award, which this segment was one of my favorite moments of the show bringing back memories. 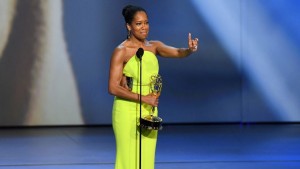 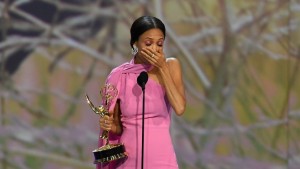 Congratulations is in order for Emmy Awards Winners, Thandie Newton (Best Supporting Actress in a Drama Series) and Regina King (Lead Actress in a Limited Series). 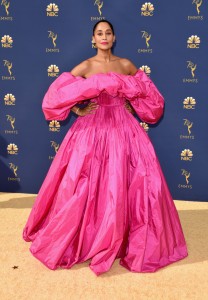 This is Us actor Sterling K. Brown with wifey Ryan Michelle Bathe always look madly in love and flawless. 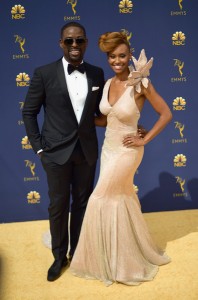 Not Pictured because I am a stickler for clear/clean images, but Angela Bassett was stunning wearing an Azzi & Osta gown.