I have arrived a little late to the party; however, better late than never especially in a twenties kind of world.

Over the course of about two months, many of us have been on a stay at home order in the US to reduce the spread of Coronavirus.  This pandemic has literally shifted the life we know into an entire new direction. As a result, since most of the US population is at home there has been an increased engagement in digital television and social media live feed interactions. 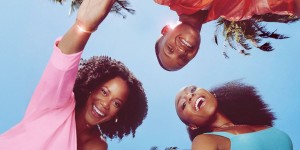 When I am not studying, reading, writing or on a conference call because it is important to me during this time to maximize every moment, I will look to find what new shows are popping on digital television. And the other night the search began; I found an incredible comedy series on BET called Twenties based on the life of actress and screenwriter Lena Waithe. The lead character Hattie portrayed by actress Jonica T. Gibbs is young, inquisitive and obnoxious on the show, but is the perfect lead to this comedy series becoming a hit.  From the pilot episode to the conclusion of episode 8, I was hooked.  Twenties captures the journey of three women of color with different personalities united in the name of sisterhood navigating life in the city of angels to living their dreams, love and passion.   There is a confidence and texture interwoven in the language that makes it relatable to anyone with a dream or vision starting from the bottom.

I think it is like the gay version of HBO’s Insecure, and I love it.  My hand is certainly raised in the air for the hope of a Season 2 approval.

Check out the trailer below and at least watch the pilot episode.