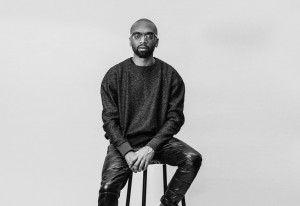 Go Brother! Brooklyn, New York native Kerby Jean-Raymond of Pyer Moss has been named the winner of CFDA, Vogue Fashion Fund Awards inclusive of a $400,000 cash prize. It is truly exciting to see a man of color receive this prestigious award selected by a distinguished list of fashion influencers such as: Anna Wintour, Joseph Altuzara, Eva Chen to name a few. 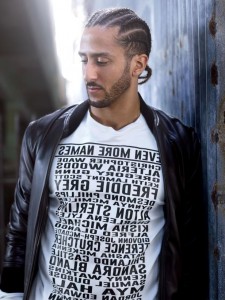 I first learned of this creative gift from his exclusive collection by Reebok. Plus, NFL’s free agent Colin Kaepermick wore a statement T-shirt in a shoot for GQ Magazine by Pyer Moss called, Even More Names in remembrance of 20 unarmed men and women killed by police. 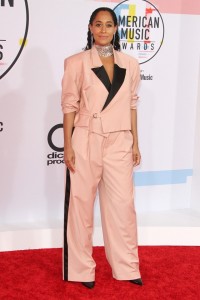 As official host of the AMA’s, actress Tracee Ellis Ross wore Pyer Moss on the red carpet in her quest to only wear clothing by black designers the entire evening.

You may ask, what is the CFDA?

The CFDA/Vogue Fashion Fund was established in 2003 to help emerging American design talent find continued success in the business of fashion. With growing industry support, the prize was raised to $400,000 for the winner and $150,000 to the two runners-up in 2015. It is expected that the awards will be used to further develop each designer’s business in such areas as marketing, public relations, production and sales. In addition to the cash prizes, the award also includes mentorship from an esteemed group of industry professionals whose expertise is tailored to the designers’ needs and future goals. (cfda.com)

This is an epic moment for the rising fashion designer, Jean-Raymond; who creates modern conscious wardrobe to socially and racially elevate the nation. He is an icon in motion.

Salute, my brother! Continue to speak truth to power through the lens of fashion. 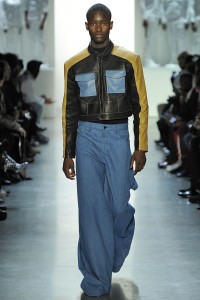 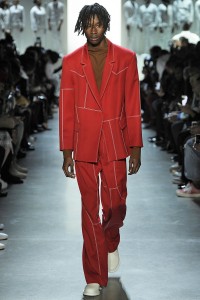