Just Do It! Sometimes you have to break the rules to make a definitive statement . ABC’s Black-ish actress, Jennifer Lewis traded in her gown and heels to make a statement on the Red Carpet for the 70th annual Emmy Awards sporting a NIKE outfit in support of former NFL’er Colin Kaepernick.

The veteran actress said, I am wearing Nike to applaud them for supporting Colin Kaepernick and his protest against racial injustice and police brutality, according to Variety on the carpet.

You Like? (Let me know your thoughts below in the comments) 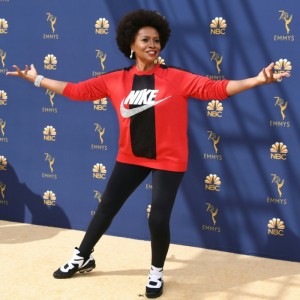 Written By
Sammi Haynes
More from Sammi Haynes
The Former FLOTUS Michelle Obama is back in action today with Nick...
Read More