Last evening, the Golden Globe Awards pulled me into a trance at least on social media for the parade of fashion live from the red carpet. Of course, there was some epic fails, but some mighty good ole yes gawd moments.  Excuse me for including a little southern country overtones in this post (lol). However, when it comes to the red carpet fashion reviews during awards season its always exciting. 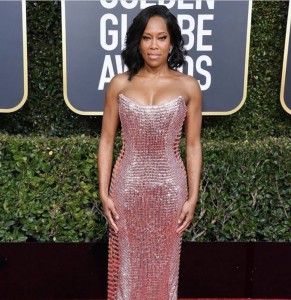 Congratulations is in order for actress Regina King for winning a Golden Globe Award last night for Best Supporting Actress in a motion picture for her performance in If Beale Street Could Talk. In her remarks Regina stated, In the next two years, I’m making a vow that everything I produce will be 50% women. I challenge everyone out there in a position of power to do the same.

Plus actor Mahershala Ali wins a Golden Globe for Best Supporting Actor in a Motion Picture for his performance in Green Book. Other highlights of the evening includes: leading actors for new show on FX Pose hit the red carpet, top cast members from Black Panthers present an award, the legendary Carol Burnett received an honorary awards in her name and actor Idris Elba grace the stage dripping the essence of suave in money green tuxedo by designer Ozwald Boateng. 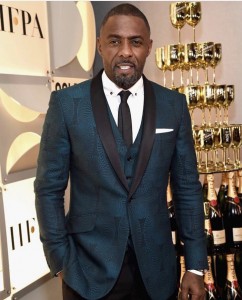 Below is a quick glance at some of hollywood’s hottest celebrities on the Red Carpet:

Written By
Sammi Haynes
More from Sammi Haynes
I know this post is late, but I am finally catching up...
Read More