The leading apparel company in sports, NIKE famous slogan, Just Do It celebrates 30 years of existence. However, sparks to fire off as former quarterback NFL’er, Colin Kaepernick reveals his face on the new Nike ad campaign. According to CNBC.com Nike shares went down today (Tuesday, Sept 4, 2018) people expressing mixed emotions on social media about Kaepernick appearing part of the campaign. 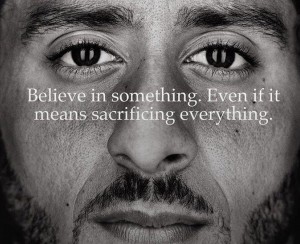 Nike was smart enough to add extra force with other star athletes backing the campaign including Serena Williams, LeBron James, Lacey Baker, Shaquem Griffin and Odell Beckham Jr. I mean really can Kaepernick continue to work without someone seeking to bring this man down. 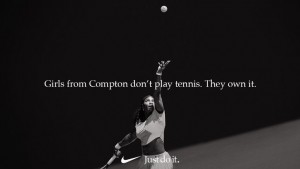 I agree with one writer that the over arching point of the campaign is to highlight the fact professional athletes overcoming obstacles inspiring the next generations of athletes.

Do you Agree with me?

Written By
Sammi Haynes
More from Sammi Haynes
According to WWD, Jordan said, I liked what Stuart was doing so...
Read More